A subject close to Jan Telensky’s heart and one of the activities most important to him, is charitable work. This can take many forms e.g. the support of former soldiers, students, helping families and individuals in need, just to name a few. This page is dedicated to some of the projects Jan Telensky was involved in. Click here for more charity work >>

Mike started his military career in the Royal Marines in 1997; in 2003 he transferred to 29 Commando Royal Artillery from where he was transferred to a Tri Service unit in Poole.

He was injured in October 2011. After two years in severe pain while Doctors were trying to save his infected leg he requested an amputation. 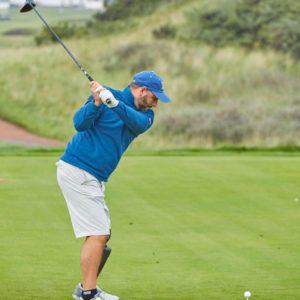 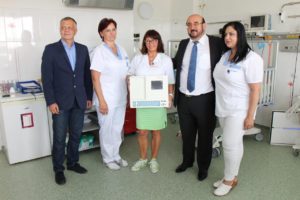 Jan Telensky donates a number of office laptops to schools and unprivileged families on regular basis.

Dr Jan Telensky on the British Forces Broadcast Service talking about the the British Army team playing the Slovak Army Team at the National Football Stadium in Poprad.

Jan Telensky is a proud supporter of Holidays4Heroes and recently announced the recipient of the latest holiday to be Liam Brentley. The 25 year old was shot through the head while serving with the Royal Marines in Afghanistan’s Helmand province and miracously, he survived and is currently recovering from his injuries.
In a typically kind gesture Holidays4Heroes co-ordinator Major Terry Butterworth, and AquaCity founder and CEO Jan Telensky, gave the former Sheffield Eagles rugby player a free week-long holiday for Liam and his whole family at AquaCity, which has recently been named the world’s number one green resort for the second consecutive year.

In 2012 and 2013 Jan Telensky helped a Slovakian family to get back their 2 sons from British social services.
The boys were originally taken away from their parents, by British social services, based on allegations that they had been mistreated. Yet, after several subsequent proceedings the appeals court allowed the boys to return to Slovakia to live with their family following a ruling passed on November 16th that year. The court confirmed the ruling in mid December as there was no appeal.